Demcon is the winner of the German-Dutch Prize for Economy 2020. Last spring, we developed a new ventilation system for corona patients within a month. With this cross-border collaboration, we won this award against 28 other candidates. The prize was awarded by the German-Dutch Chamber of Commerce (DNHK) on November 4 during the digital general meeting of members.

“We have been awarding the prize for thirteen years, but never before in such challenging times as now”, says DNHK director Günter Gülker, referring to the corona crisis. “Demcon is a perfect example of how companies take their social responsibility and provide solutions in record time thanks to a bi-national approach”. Partners from both countries were involved in the development of the DemcAir ventilator. We also developed a machine for the production of medical masks, also in German-Dutch cooperation. “We are very happy with the award”, says Eric Tielemans, managing director of Demcon Advanced Mechatronics Best. “A nice recognition of the hard work of our colleagues.”

Innovation boost despite corona
The other nominees were Royal Auping and Next Kraftwerke thanks to their innovative, bi-national projects. The Dutch bed and mattress specialist Auping, together with partners from both countries, developed the world’s first fully circular mattress and launched it on the market in May. Next Kraftwerke operates the largest virtual power plant for renewable energy and, together with Dutch partners, developed ways to use electric cars and greenhouses to stabilize the energy network. The three companies were selected as a finalist by the jury from 29 entries. The public then determined the winner by voting for their favorite online. With this Demcon won the German-Dutch Prize for Economy 2020 – a prize for special innovations in the cross-border economy. 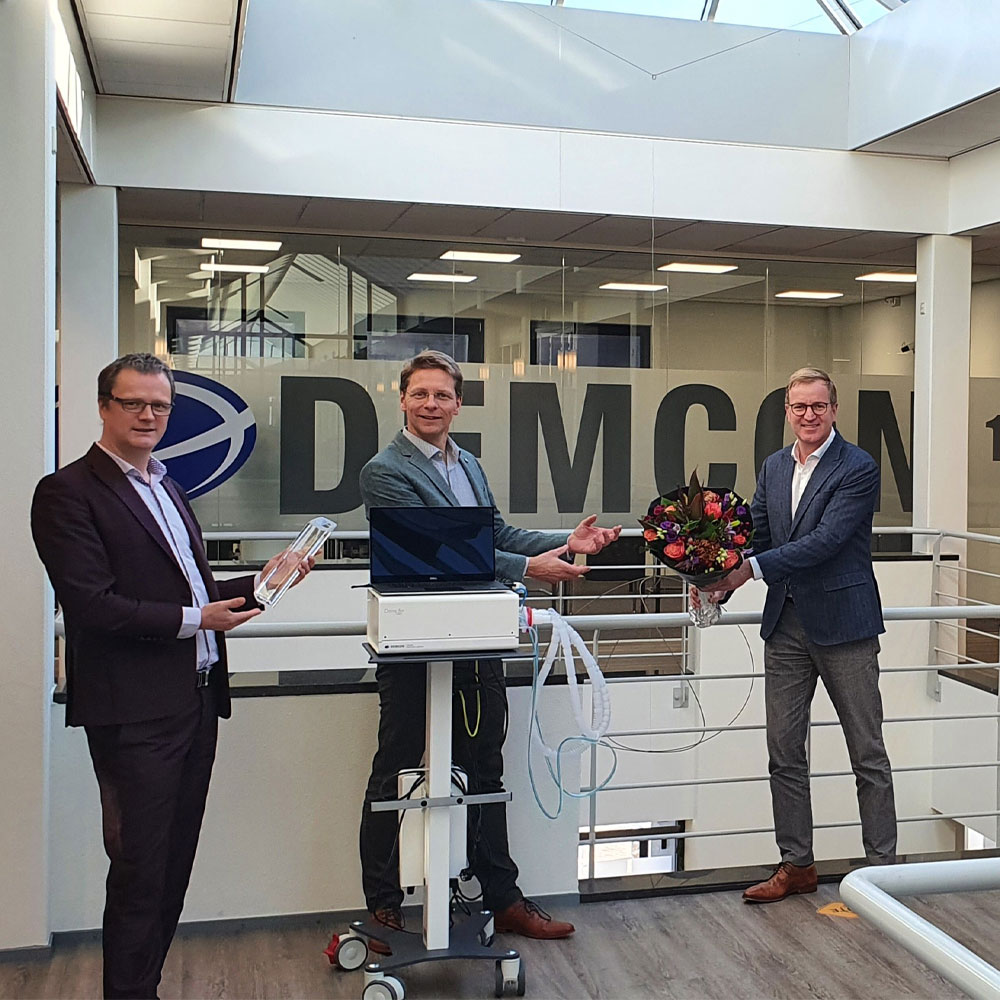